In putting together the kit from top to bottom, we first need to consider the body shirt, worn fairly universally. A great tutorial has been started by Neal Hurst here:


Most 18thc shirts in Virginia would have been made of linen. Find yourself some 100% linen with as few slubs as possible and get three yards or so if 50-60 inches wide (plenty of uses for scraps so don't discard them and better to have too much vs too little linen for the job). I highly recommend Burnley and Trowbridge for such:

Speaking broadly, the linen used for shirts in terms of cheapest to most expensive would have been unbleached coarse (brownish or "natural" colored) osnabrigs, checks, to finer grades of bleached white linens, sometimes with ruffles. Indentured servant John Harrower (John Harrower, The Journal of John Harrower, An Indentured Servant in the Colony of Virginia, 1773–1776 New York: Holt, Rinehart, and Winston, 1963) owned the following shirts while in Virginia in 1773:


"Six Ruffled Shirts
five plain White Do.
On Cheque Do." 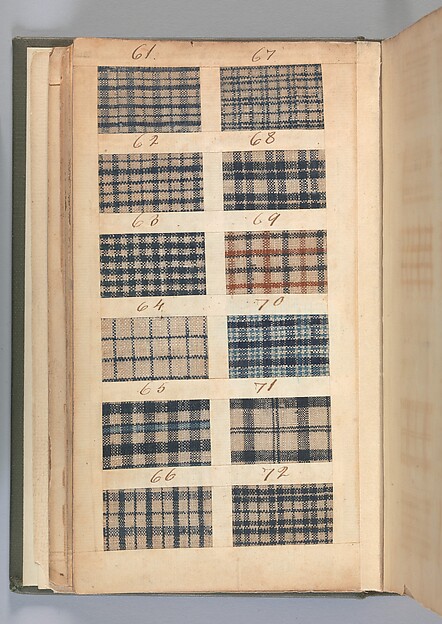 For this exercise, I chose a small blue and white check. Most period checks for shirts seem to have been small (1/4 inch and under) and I used one that reminded me of this fellow from 1774 at the top of the page and sometimes had cotton mixed in. A great 1771 dated swatch book at the Met has quite a few nifty documented patterns.


Following the directions (for the most part) in Gilgun's Tidings from the 18thc and Neal's posting above will get you where you need to be, and if this is your first try at such, I recommend doing a 1/4 scale practice shirt first.
Posted by Jim at 7:44 AM